As we’ve discussed before, fantasy MMOs heavily dominate the genre. Even if you’re a fantasy fan, it can start to feel a bit stale after a while. Maybe you want to try something else for a change.

Though they are a minority, there are some solid non-fantasy MMORPGs out there. These are a few of your better options for an MMO with a different sort of setting.

I almost didn’t include SWTOR on the grounds that it is still pretty much fantasy. Little if any of the technology in the Star Wars universe has any connection to real science, and the Force is simply magic by another name.

But it is at least a slightly different flavor of fantasy, even if it’s just a different skin on the same tropes. Sometimes that’s all it takes to change people’s feelings; I’ve known sci-fi fans who love Star Wars while decrying the fantasy genre. So while it may not make rational sense, SWTOR may still feel refreshing to those bored of traditional high fantasy. 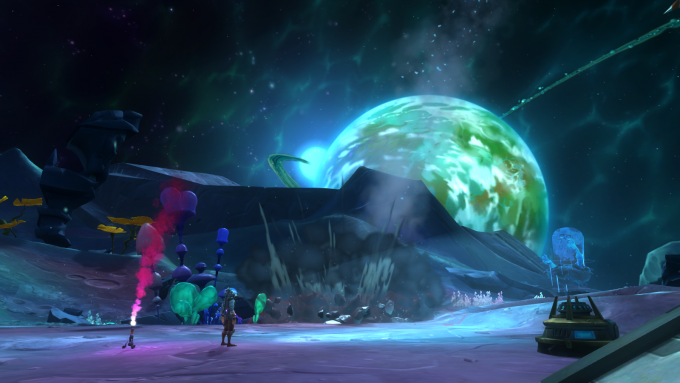 WildStar is another game that incorporates a lot of fantasy elements into its sci-fi, alongside a certain Western feel and a strong dose of humor. The end result is an eclectic setting that exists somewhere between World of Warcraft, Firefly, and Bugs Bunny.

If you really want to leave the world of magic and mystery behind, it might not be enough to satisfy you, but it’s definitely not your standard high fantasy, at least, and you can’t deny it has a very unique character. One thing WildStar has never lacked for is personality. 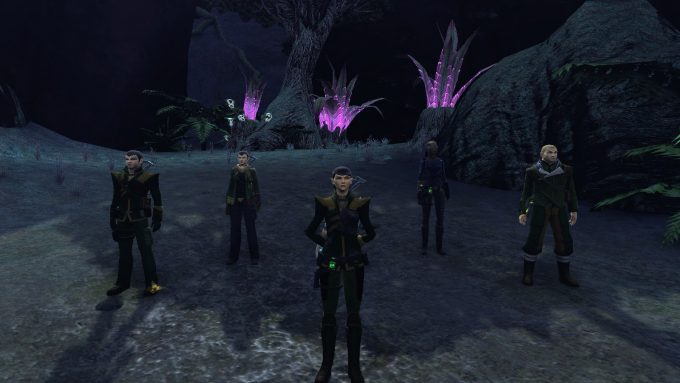 Another MMORPG based on a popular science fiction IP, but this one hews much closer to traditional science fiction than does Star Wars. Obviously, if you’re a Star Trek fan, STO is worth a look, but even if you’re not familiar with the source material, it may be worth a try as a welcome departure from the tired fantasy formula used by so many other MMOs.

STO is particularly appealing in this regard because the difference in setting is also reflected in the game mechanics. Whereas SWTOR plays like any other fantasy MMO, Star Trek Online has space combat that feels quite different from anything else in the MMO genre and captures the feel of the shows and movies very well. 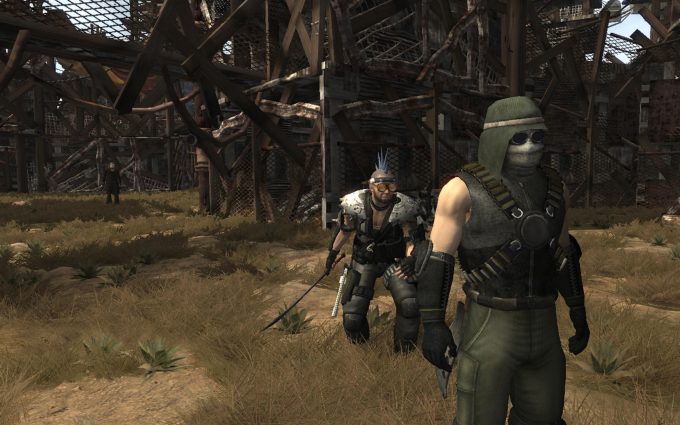 But maybe space ships aren’t your thing, either. Perhaps the gritty texture of a post-apocalyptic setting is more your speed. There aren’t as many options on this front as there should be, but one possibility you can consider is the sandbox Fallen Earth.

It’s an older game with a small following, but it can definitely provide a breath of fresh (if radioactive) air for those seeking relief from the endless parade of sword and sorcery. 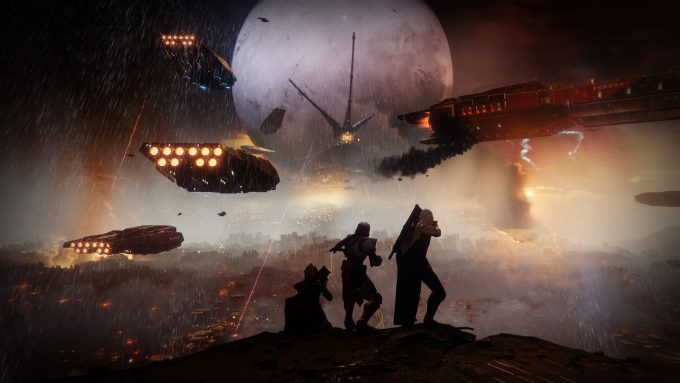 Another strong contender on the sci-fi front are Bungie’s Destiny games, depicting a far future where humanity clings to existence amidst the ruins of Earth’s solar system. It’s got a larger than life feel similar to Star Wars, but hews a bit closer to traditional sci-fi.

They’re also another option for breaking away from traditional MMO gameplay as well as traditional settings. Both versions of Destiny take the form of first person shooters (with some RPG elements) rather than the standard action bar set-up of most MMORPGs. 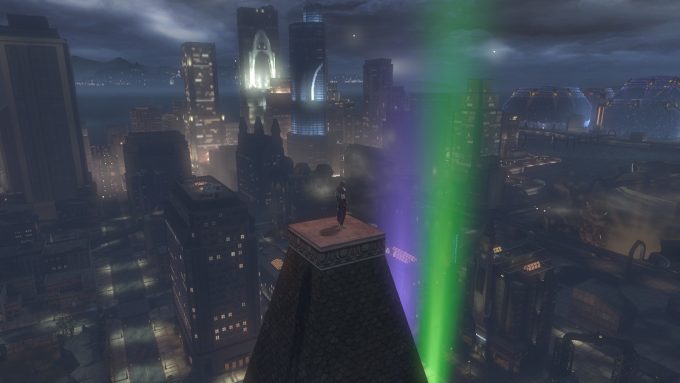 It always amazes me that superhero games don’t make up a larger share of the MMO market. Given the power fantasy nature of the genre and the popularity of superheroes in general, it seems like a perfect fit.

Nonetheless, superhero MMORPGs are for some reason a rarity, despite providing arguably the best fit for an MMO of any non-fantasy genre. One of your few good options on this front is DC Universe Online. It captures the comic book feel pretty well, it boasts fantastic combat, and it has maintained a steady level of popularity for many years now, with significant updates still coming on the regular.

Whether you’re a big superhero fan or just want something far away from the realm of Elves and wizards, DCUO is one of the better options. 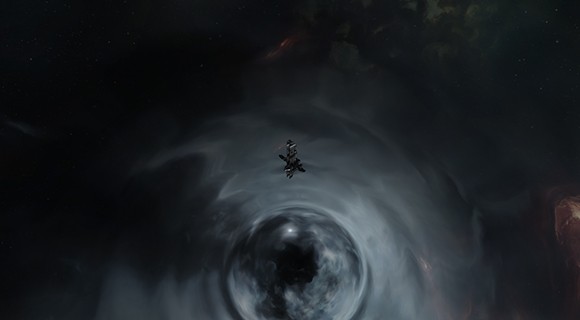 The notoriously convoluted game mechanics and ruthless community of EVE Online are the sort of thing you either love or hate, but one thing it definitely does deserve credit for is being one of the longest running and most successful MMORPGs that isn’t leaning on the crutch of high fantasy.

And unlike many other entries on this list, EVE is also not based on popular IP from elsewhere in the media. Its sci-fi setting of New Eden is entirely original, a wild frontier where aspiring starship pilots can find fame and fortune… or death and ruin. 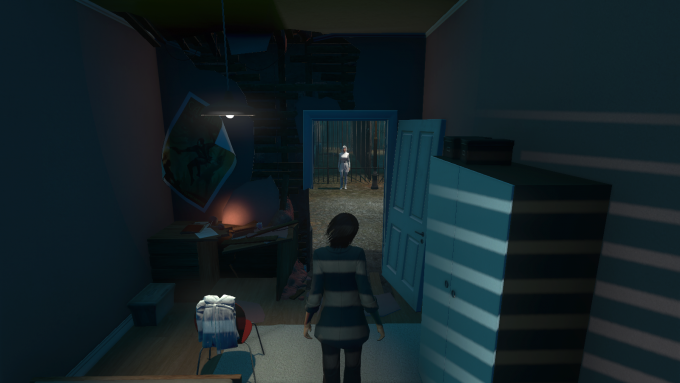 Surely one of the most inventive settings ever seen in the world of MMORPGs is that of the bizarre and terrifying Secret World, a torch now carried by its rebooted successor, Secret World Legends.

Combining elements of countless real world mythologies and conspiracy theories, Legends is best described as a horror game, but it also draws elements from many other genres, including sci-fi and, yes, fantasy. But even the fantasy elements have a completely different feel from the traditional Tolkien-clone MMO settings.

Unfortunately, Legends carries a lot of baggage related to its messy transition from its predecessor, The Secret World. There was a lot of dishonesty on the part of the developers and a lot of hurt feelings among fans, and so it’s difficult for me to give an unequivocal recommendation to the game as I might have in the past.

Nevertheless, if we’re judging the caliber of settings, neither incarnation of the Secret World can be beat. If it’s not something you’ve experienced before, you have no idea what you’re missing. The originality, the ambiance, and the depth are without equal.