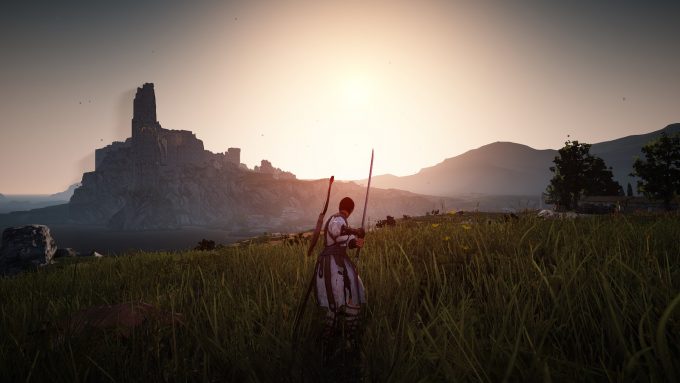 But there is a danger in becoming too bogged down in the negative. Sometimes it’s good to take a step back and appreciate what we have. MMOs have problems, but there’s also a lot about them that’s truly special. We wouldn’t be so passionate about them if that wasn’t the case.

If you’ve been following my articles for any length of time, you’ve probably noticed I take an extremely cynical view of the MMO community as a whole. The phrase “wretched hive of scum and villainy” does come to mind.

But even if the MMO community is a foul place on the macro scale, that doesn’t mean there can’t be positive stories on a more personal level. While toxic players fight gold sellers for most hated player group, guilds, friends and family groups, and other small factions of players are forming and renewing relationships, making connections in the digital space.

Spend any length of time in the world of MMORPGs, and you’ll find stories of people who met their spouses in-game, or who have forged lifelong friendships in MMOs, or reconnected with old friends via gaming. There are those who have used these games to keep in touch with distant family members or friends in foreign countries. Of course, MMOs are good for socializing – it’s arguably the best digital medium for the activity.

Whatever flaws the greater community may have, there is tremendous value in those smaller connections, in the intimate bonds formed between players. 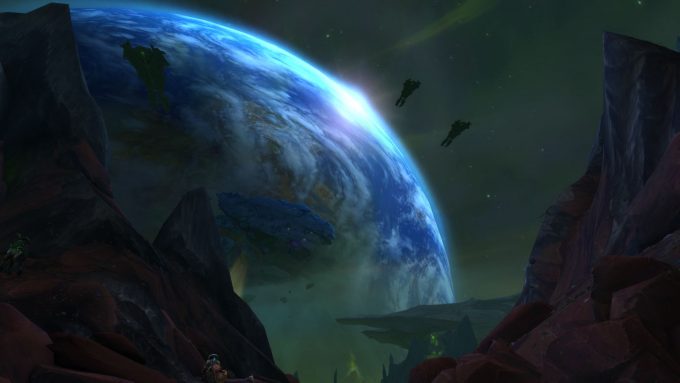 MMOs are good at giving us things to do. They’re big. Like really big. While large-scale single-player games like Skyrim and Fallout boast about their huge game worlds and dozens of hours of content, MMOs are sitting in the background like, “That’s cute.”

Even relatively small MMOs tend to rival or outstrip the largest single-player games when it comes to sheer volume of content. Just playing through the story content to level cap can often take weeks, or months. That’s without any grinding or repetition — just playing as you would a single-player title.

And then of course when you do factor in the endgame activities, the number of hours of gameplay available to you balloons even further.

Then you consider larger, older MMOs. Someone new joining World of Warcraft today would probably take at least a year, if not more, of regular play just to experience all of the content that’s currently in the game — again, without resorting to significant grinding or getting into the endgame treadmill. And that’s just one game. There’s also uniquely massive good MMOs like Eve Online, where servers house tens of thousands of players simultaneously on their monolithic servers.

Furthermore, whereas single-player titles are largely static — perhaps with a trickle of DLC that quickly runs dry — MMOs are constantly growing and evolving, with regular infusions of new content for so long as the games operate. Not only are they big, but they’re only getting bigger.

As I covered earlier this month with the MMOs that died piece, they don’t last forever. That doesn’t mean they aren’t possessed of incredible longevity. EverQuest is approaching its twentieth anniversary. Ultima Online has already passed that milestone. World of Warcraft has been around for over a decade.

And there are people in all of those games who have been playing from the beginning. 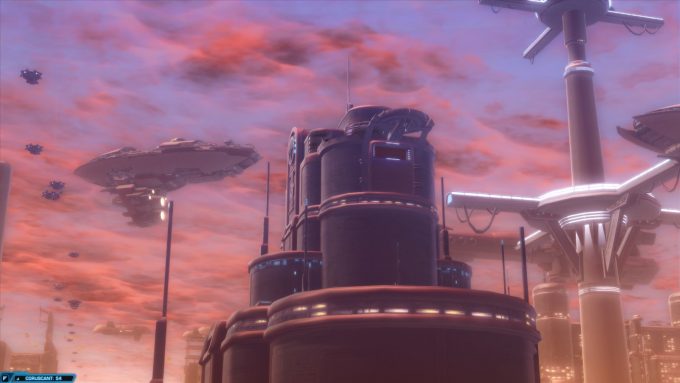 By comparison, even if you’re the sort of person who likes to replay games many times, most single-player games aren’t likely to last you more than a few months at best. The difference in longevity between the two categories is night and day.

This has value beyond the obvious, beyond the raw number of hours of play you’re going to get out of an MMO. Being able to play a single game for years fosters a sense of history, a sense of belonging, that’s impossible to replicate any other way.

My oldest video game character is my rogue in World of Warcraft. She’s old enough now that if she were a real person, she would have just started third grade. That’s pretty amazing when you think about it. When I created my rogue, my life was completely different from how it is now, but she remains, virtually unchanged after all this time. She’s become one of the few permanent fixtures of my life, and playing her feels like visiting an old friend.

Similarly, logging into a game you’ve played for a long time can feel like coming home. This, for me, is one of the greatest appeals of MMOs. The social element has never been a perfect fit for me, but I love imaginary worlds, and whereas single-player games only let me be a tourist in their settings, MMOs let me set down roots. MMOs are good at providing a permanent virtual world to feel at home.

That’s something I truly love.

One can also look to more practical concerns. If you’re worried about keeping a budget, MMOs provide one of the most cost-effective forms of entertainment around.

Think about it. Going to see a movie will usually cost you somewhere in the neighborhood of $15, and that will only keep you entertained for at most two to three hours.

That same $15 can buy you a month of subscription to an MMO, which can potentially provide dozens of hours of entertainment.

And that’s with a pay to play game. When you consider the current prevalence of free to play MMOS and buy to play titles, the potential for entertainment on the cheap becomes virtually infinite. MMOs are good options for the cheaper or poorer players, especially combined with their quantity of content. You can get hundreds of hours of gameplay for just a minimal box price, or even for nothing at all.

Yes, you may be held back in some ways if you never give in to micro-transactions, but take it from a longtime MMO player who’s had some lean times in his life: You’d be amazed how far you can get without paying a cent, even in games with relatively restrictive business models. Even the greediest games will still usually offer most content and rewards to free players; it just might take a little extra effort.

The “I Was There” Factor

If there’s one thing that no other genre of game can replicate — not even smaller scale online games — it’s the ability to say, “I was there.”

You know the kind of events I mean. The assassination of Lord British. The opening of Ahn’Qiraj. The corrupted blood pandemic. The fall of Lion’s Arch. World War Bee.

If you’ve never experienced a moment like this, there’s no way to adequately describe what it’s like, but if you’ve played MMOs for any length of time, you’ve probably experienced at least one, and you know how special it is to be able to say, “I was there.”

For me, my favorite took place during the first anniversary celebration of The Secret World. I happened to find myself in the same zone as a streamer who was interviewing the game’s director at the time, Joel Bylos. When the anniversary world boss for that zone spawned, Joel used his GM powers to blow his avatar up to Godzilla size and join players in beating the tar out of the boss. 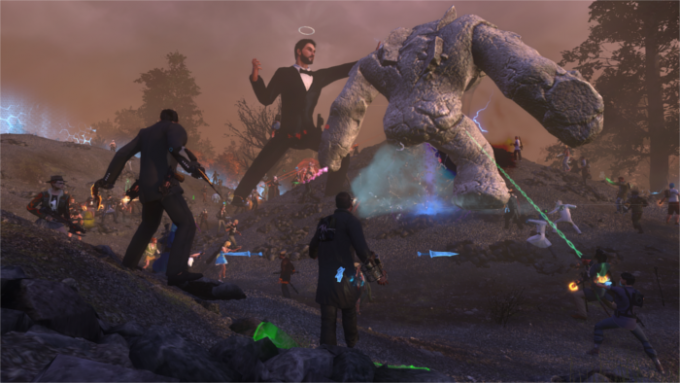 He then danced Gangnam Style for a few moments before vanishing without a trace.

It was equal parts epic and hilarious, and it’s a memory I will always treasure.

Oh, and that streamer? We’re still friends to this day.

We all have our own moments, our own stories. That’s what the scale and the unpredictability of MMOs offer, what no other genre of game can replicate: The chance to be a part of virtual history, the chance to experience once in a lifetime moments that will never come again.

We all have different feelings on different mechanics, but there’s no denying that MMOs are good and well. Some might play MMOs for the social connections. For me, it’s about the opportunity to fully inhabit a virtual world and bear witness to its history as it unfolds.

What’s your reason? What is it that keeps you coming back to MMOs?