Lately I’ve been exploring Aion’s Awakened Legacy patch. It’s a massive revamp that’s removed huge swaths of content and reworked many aspects of the game. It’s not without its upsides, but many people are understandably upset by such an enormous upheaval.

For those of us with deep roots in the MMO community, this is a familiar situation. Change in MMOs always comes with controversy, especially when it’s dramatic. These games are like second homes, and upsetting the status quo too much is a dangerous proposition for any developer.

The Price of Change

Change is an important part of any MMO. Bugs are fixed, classes are rebalanced, new content is added. All of this is well and good. A game that changes too little feels stale and lifeless. Virtual worlds must grow and evolve with time, or wither and die.

But developers also have to be careful not to go too far to the opposite extreme. Just as MMOs need change to breathe new life into them, they also need permanence and continuity. This is what makes them feel like real places. This what allows them to feel like home.

This, then, is the challenge developers face: They must change just enough, but not too much.

There are no shortage of cautionary tales of the latter. Awakened Legacy is just the latest in a long line of controversial MMO upheavals. Star Wars: Galaxies has been shutdown for years, and the NGE is still a popular subject of discussion across the MMO community.

World of Warcraft players are also all too familiar with the frustration that comes from too much churn. Blizzard has treated each of the last few expansions almost like a reboot of the whole game. New features are introduced with each expansion only to be abandoned before the next, and core class and gameplay mechanics are revamped so often and so dramatically it’s downright dizzying. 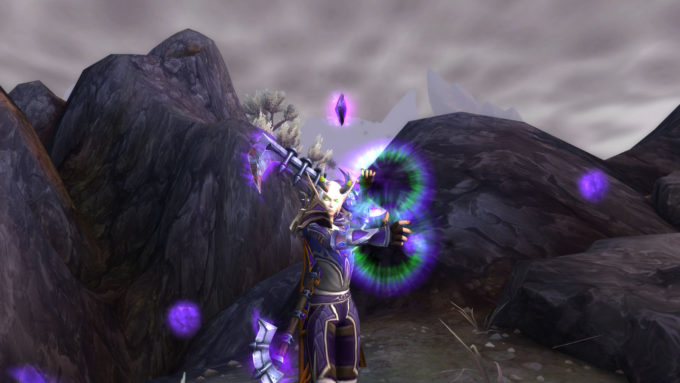 Now, I really liked the Pandaria version. The new class it become in Legion is far less compelling. It’s really hampered my ability to enjoy the character, and it’s made me hesitant to become invested in new characters, as well. Why get attached if anything I come to love could be taken away from me on a whim?

And that is how you know when an MMO has become too unstable in its design. If things change too much too often, it becomes hard to invest in anything. People won’t spend weeks leveling a character or grinding for a fancy reward if they fear they could lose all that they’ve accomplished overnight.

That’s a very bad place for a player to be, but it’s worse for a developer. Developers need people to invest their time — and their money — in an MMO on a long-term basis. It’s what makes them sustainable as games, and as businesses. Any designer who ignores this is playing with fire.

People who log into an MMO after some time away should feel like they’re coming home. It should be a recognizable experience, where things feel familiar and you know where to find everything. Done right, MMOs make perfect comfort food gaming.

MMOs should experience change — sometimes dramatic, even shocking change — but it should never reach the point where the world or one’s characters feel totally unrecognizable. That breaks the sense of place and permanence that makes the genre work.

2 thoughts on “The Importance of Stability in MMO Design”