These days, themepark MMOs — games focused on structured, developer-created content — dominate the genre. They are both the most common and the most successful games around. But what is it that makes the themepark MMO such a successful model? Why have these games enjoyed such success? 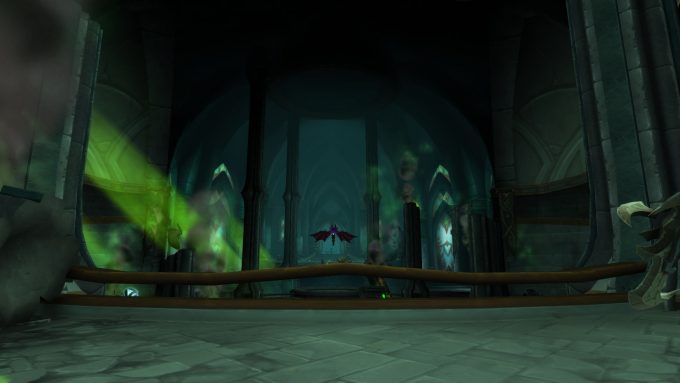 I’m a pretty diehard themepark fan myself. I may play sandboxes here or there, but in the end my heart still lies with the carefully constructed worlds that only themeparks can provide. Therefore I think I can speak to what it is that has given the genre such enduring popularity, or at least why I keep coming back to them.

For me, the biggest appeal of themepark MMOs is that they give me a clear purpose. Some people like to be dropped in the middle of an open field and left to find their own fun, and I respect that, but it’s not for me.

I’m very goal-focused in games. When I log into a game, I want to have a clear idea of where I’m going and what I’m fighting for. You can say it’s the journey and not the destination that matters, and I’d agree, but I can’t start the journey if I don’t know where I’m going. I love to stop and smell the roses, but you can’t make a whole game out of that.

That’s not to say that everything need be totally linear. I think the best themeparks are those that offer the player several options on how to advance through the game and progress their character. But there still needs to be goals to be pursued, whether it’s getting the best gear, finishing the story, or even just hitting max level. There needs to be purpose to the experience. Your actions need to matter in the long term.

The ideal themepark MMO is one that offers a variety of goals and a variety of methods to achieve them. Those that marry purpose with choice achieve the best of both worlds, giving players direction without babysitting them.

The very popularity and persistence of the themepark MMO can be a mark in its favor. Odds are you’ve already played a number of themeparks and know what to expect from them. A quest-focused leveling experience, some dungeons, probably optional PvP, gear-based vertical progression, and so forth.

There’s a fine line between familiar and derivative, and there are more than a few themeparks that fall on the bad side of that line, but so long as they’re not aping past games too much, there’s nothing wrong with leaning on standard designs. That’s why we have distinct genres in the first place.

When you know what to expect, the barrier to entry is much lower. You can spend less time learning and more time enjoying the game.

Sandbox fans may disagree with me on this, but if I’m being honest, the non-themepark games I’ve played all felt a bit… flat to me. Empty. Soulless. Without color.

When you focus on player-created content instead of developer-created, the game itself begins to lose some of its personality in the process. That doesn’t make them worse games, but it does give them different appeals, different “hooks” for the player. Sandboxes are about the people you meet. Themeparks are able to develop personalities and identities all their own.

The lore, quest text, NPC dialogue, and more all contribute to adding depth to the setting of any themepark, to the point where the world almost becomes a character unto itself, and any good themepark MMO will quickly establish a distinct personality that sets it apart from the pack. 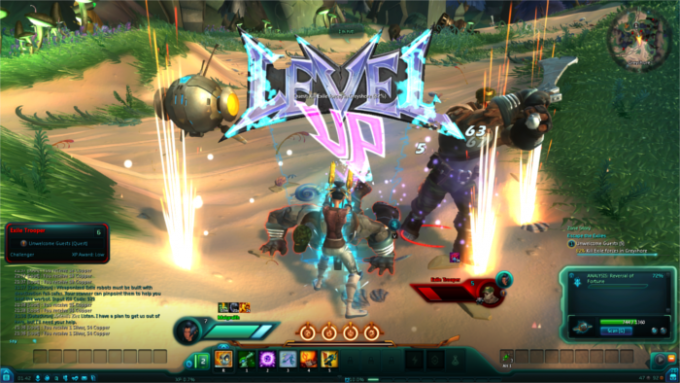 Lord of the Rings Online captures the richness and detail of Tolkien’s writing. Star Wars: The Old Republic is a game of politics on both the personal and the galactic scale. World of Warcraft is, well, Warcraft — it’s a pretty unique flavor all its own. Aion has an exotic surrealism. WildStar is like Looney Tunes on acid, except somehow nowhere near as awesome as that sounds.

That’s not to say that you can’t find some pretty soulless and empty themeparks, too, but that’s the result of poor design or lazy developers, not an inherent flaw of the genre.

I’m a big believer in the idea of video games as art, and within the MMO field, themeparks are where it’s at for fans of art in gaming.

There isn’t a lot of respect for MMORPGs as an art form, even among MMO fans, and to some extent I can understand why. There are certainly plenty of examples of MMOs that have little or no artistry to them.

This is why I don’t play Rift. I find it to be an excellent game mechanically, but I find it to be such a bland hodgepodge of generic fantasy tropes that I simply can’t become invested.

But there are also exceptions, MMOs that are good examples of video games as art, and every one of them is a themepark MMO. 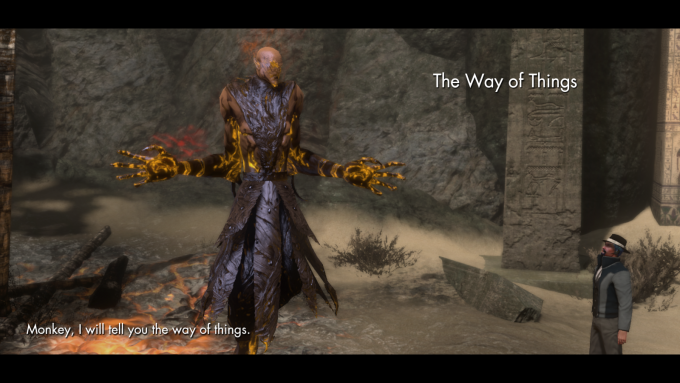 The Secret World‘s mission design, lore writing, voice acting, and storytelling are among the best I’ve seen — not just in MMOs, or even in games, but in all of media. SW:TOR features vivid, three dimensional characters and some genuinely powerful story arcs. Even WoW, despite its occasional stumbles, has had some moments of brilliance. Don’t believe me? Do the Bridenbrad quests in Icecrown and get back to me.

This level of artistry is not something that can happen by accident. It’s only possible when developers carefully plan and design the content. It is therefore something that only a themepark MMO can provide.

4 thoughts on “Why Themepark MMOs Work”