If you’ve spent any time at all in the MMO community, you’re probably familiar with the Bartle taxonomy of players types, designed by influential developer Richard Bartle. Created in the days of multi-user dungeons (MUDs), it divides players into four broad categories and is viewed by many as the gold standard for understanding player motivation in online gaming. 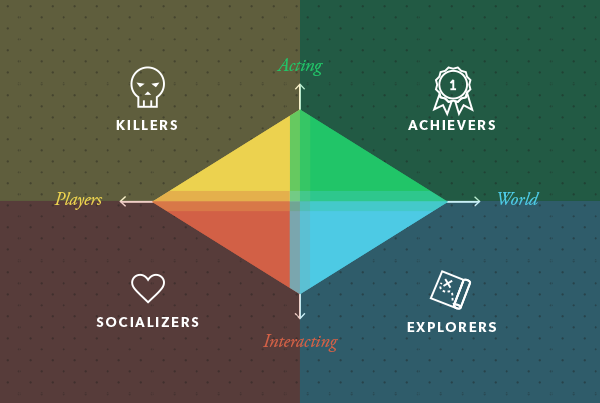 However, at least as it applies to MMORPGs, I think the Bartle types are a flawed model, ultimately too simplistic to accurately define the complex motivations of human beings. This isn’t meant to be a criticism of Bartle himself, but of the way his model is used (and abused) by many players and journalists within the community, as well as the flaws of trying to fit players into narrow boxes in the first place.

Just in case you aren’t familiar with the Bartle taxonomy, let’s do a quick run-down of what it is.

Achievers are about winning, earning high scores, and generally proving their mastery over the game. They want to earn points, gear, and anything else that can give them prestige.

Explorers are about, well, exploring. This means both physically exploring the game world, as well as tinkering with game systems to learn their ins and outs.

Socializers are most interested in interacting with other players and making friends. The game systems come secondary to the bonds they form with fellow players.

Killers seek to impose their will on other players. They enjoy PvP combat, griefing, trolling, and domination by any means at their disposal.

If you’d like to learn more, you can read Bartle’s original paper on the matter.

There is also the so-called “Bartle test,” which you can take to determine your Bartle type. It’s worth noting this test wasn’t actually developed by Bartle himself, but it’s still often talked about at the same time as his original theorem and is often used by players to determine their personal player type.

Let’s talk about that test. 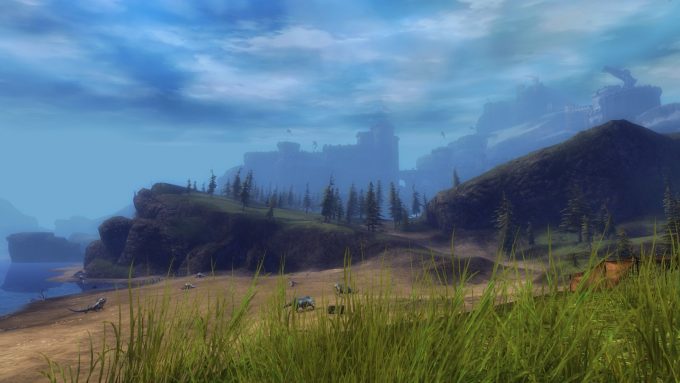 I don’t want to make this all about me, but I think I’m a great example of the flaws in this model, at least as applied to MMOs.

I’ve taken the Bartle test a few times over the years. It usually pegs me as an explorer, but I don’t think that’s a very accurate label for me.

I can enjoy exploring MMOs, but it’s definitely not my focus. It’s usually something that I do when I’m bored and don’t have anything better to do in-game. My favourite style of content in MMOs is linear story, which is just about the exact opposite of what the archetypal explorer is supposed to be into.

When it comes to the more abstract style of exploring — understanding game systems — it used to appeal to me more, but these days it’s not something I get a lot of joy from. I like to know what I’m doing, but I’m not the sort of person who has to tinker with every little thing.

In preparation for this article, I took the test again, and this time it pegged me as a socializer, with a 73% match to explorer’s 60%. That’s even more baffling.

I’m one of the most anti-social MMO players around. I haven’t belonged to a guild in years, and I generally prefer to play alone. I’m happy to make small talk with a PUG or perhaps participate in general chat, but I never seek out interaction with other players for its own sake. If I’m grouped with other people, it’s only ever as a means to an end.

So the test is way off where I’m concerned. Maybe it’s just a flaw in the test, but really, what archetype should I belong to? I like structured play and clear goals, which is an achiever trait, but I’ve never had any desire to be the best or show off my mastery, so that doesn’t really fit, either. And I actively avoid conflict with other players, so I’m definitely not a killer, either.

The fact is I don’t fit into any of Bartle’s types. And I very much doubt I’m alone in this.

It’s worth remembering that the Bartle types were created to define players of MUDs only. Yes, MUDs can be viewed as the ancestors of MMOs, but there’s still quite a lot of difference between a text-based simulation and a modern graphical MMORPG. And Bartle himself has said that the model may be incomplete for non-MUD games and perhaps should not be applied to them (it’s also worth noting he’s since expanded the original model to eight players types).

So even the model’s creator seems to feel it’s a bit outdated, at least as it relates to modern MMOs, and yet we still have many players and commentators treating it as gospel. I’m not really sure why, save that personality typing seems to appeal to a lot of people in general, even when it’s based on shaky science, or no science at all. People still put their faith in astrological signs, after all.

Really, though, the only people who should be thinking about player types are developers. There’s no value in laymen like you and me trying to define the archetypes of MMO players. We don’t have the expertise to do so properly, and even if we did, what would we do with the information? Why is being able to say “I like this because I’m an explorer” viewed as more valuable than “I like this because it’s fun”?

And even for developers, I think it would be dangerous to put too much weight on abstract player types, even if they could find an accurate model for such. People are complex creatures, and you can’t just boil us down to shallow archetypes.

A lot of principles of good game design are universal, after all. Do you think the ancients who invented Chess were worried about how it would appeal to different archetypes of people? No, they just made a game with good mechanics, and it’s remained a popular pass time for centuries. Perhaps Bartle type classification is adding too much science to what should be a more artistic pursuit?

People are individuals. We shouldn’t be trying to over-simplify them into such narrow categories.

8 thoughts on “Time to Move on from the Bartle Types?”