2017 was another year without a lot of big name releases in the MMO space. We’re definitely going through a bit of a drought, especially when compared to the post-WoW boom, and that has a lot of people in the MMORPG community worried. The more hyperbolic voices among us rush to once again declare the genre dead, while more moderate figures simply hum and haw and hope for more new releases in future.

But to that I say, “Don’t worry; be happy.” I don’t think there’s any cause for concern. I think everything is just fine. MMO players don’t need a constant stream of new titles; we just need a solid selection of games that continue to grow and prosper. And that’s exactly what we’ve got.

Simply put, we have enough MMOs.

Of course, it’s easy enough to see where this desire for more and more new games comes from. A steady stream of new releases is the bedrock of pretty much any entertainment industry. We’re used to things working that way.

Imagine if Hollywood put out only one or two movies over a period of several years. It would be disastrous. Movie theaters everywhere would go out of business. The entire film industry would collapse.

Closer to home, single-player game developers also need to keep putting out new titles if they want to survive. Even with an ever-increasing reliance on DLC, micro-transactions, and “long tail” monetization, the fact remains most people finish a single-player game (and stop paying for it) within a few weeks at most. Players and developers alike need new games to be released regularly, or the whole system collapses.

But MMOs are special, you see. MMOs aren’t something you pick up and put down in the space of hours, or days, or even weeks. MMOs are about investing months, even years of your time. Even for games that do charge for entry, subscription fees and cash shop purchases will inevitably dwarf box sales, and from the player’s perspective, long-term investment is much of the appeal. We want to be able to set down roots in a game and settle in for the long haul.

So while it’s easy to fall into the belief that a lack of new releases is a red flag, for MMOs, it really isn’t. The genre can survive for extended periods with little or no new games to speak of. 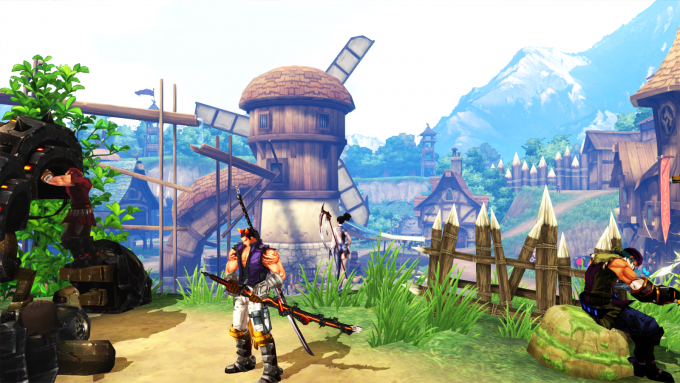 If after ten or fifteen years we still haven’t seen any big-name MMO releases, then I’d get worried. Until then, I’m not concerned.

Of course, even if you’re not worried about the health of the genre, it’s still understandable to pine for some new games to sink your teeth into. The excitement of something new and shiny cannot be denied.

Often times the hype leading up to a game’s release is at least as exciting as the actual game. Anticipation is fun. We all like to have something to look forward to.

There’s a rush to the first few days of an MMO’s life that can’t really be replicated by anything else, too. Everything is still fresh and new, not just to you but to everyone, and there’s a festival air to it all. Everything is busy. Everyone is having fun. Chat is hopping, and zones are buzzing. It’s the entire MMO experience turned up to eleven.

For those of us who comment on the genre for a hobby or for a living, new releases definitely make our lives easier, too. It’s unquestionably easier for me to review a new game than it is to find some new insight on the games that have already been out for years.

So yes, it’s understandable to want something new to play. But that still doesn’t mean a dearth of new titles is cause for concern. There are other, better ways to measure the health of the genre. 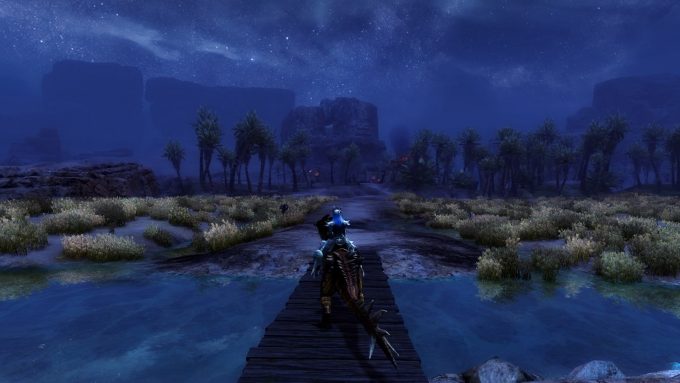 So we’re used to the idea that new releases are how entertainment industries stay afloat, and we have lots of good reasons to find new games exciting, but as I’ve said, MMOs are special, and that’s not what this genre is really about.

MMOs are not, by and large, a one and done experience. They’re not something you finish quickly… or at all. It’s not as though you’re going to play one for a few days and then move on. Not if the developers are doing their job, anyway.

No, MMORPGs are about settling down. They’re about finding a home. They’re games that you build relationships with over years.

We don’t need a constant chain of new games to play. We need games that we can stick with for the long haul, that continue to thrive years after launch.

The health of the MMORPG genre is therefore best measured not by the number of new releases, but by the prosperity and popularity of the games that are already live.

By that measure, I judge the state of the MMO genre to be strong.

We have a strong stable of big name MMOs that are getting regular infusions of quality content, like World of Warcraft, Elder Scrolls Online, and Final Fantasy XIV. We have smaller and older games that continue to chug along, like Lord of the Rings Online and the EverQuests.

We have sci-fi MMOs, like EVE Online and Star Trek Online. We have shooter MMOs, like Destiny and Warframe. We have story MMOs and PvP MMOs and raiding MMOs. We have action combat MMOs and tab target MMOs, photo-realistic MMOs and anime MMOs, subscription MMOs and free to play MMOs.

We live in a world where the only way I’ll find the time to play all the MMOs I want to as much as I want to is if scientists devise a way to function without sleep (and even then it would be a challenge). We have all that we need, and while you can probably point to some games that are struggling, there are at least as many that are thriving.

In the face of that, there just isn’t a pressing need to throw a lot of new games into the mix. In fact, I can even think of some downsides to the idea.

The pool of potential MMO players is, I believe, relatively static. A particularly exciting new game might attract some new players, but I know from personal experience that it can be very difficult to convert a non-MMO player into the genre. I don’t think that a new MMORPG is just going to conjure itself an entirely new playerbase.

That means that any new games are going to cannibalize the players from existing games, at least to some extent. These days, most of us play multiple MMOs, but there is an upper limit to how many games each person has time for. At some point you do run the risk of the players being spread too thin between too many games, and the more people hop around, the less opportunity there is for true online communities to form.

Now, I definitely wouldn’t go so far as to say that more new MMOs would be a bad thing… but it’s not an unequivocally good thing, either.

In the years following the break-out success of World of Warcraft, we saw a steady stream of new MMOs coming out all the time, and some may see that as “the good old days,” but in practice all we got was an endless stream of barely distinguishable games that struggled to find a voice and an audience.

MMOs are not the new hotness anymore, and they’re no longer a genre that every other developer is trying to create a “me too” entry for. But that’s not a sign that the genre is dying; it’s a sign that it’s maturing, and that can only be a good thing. 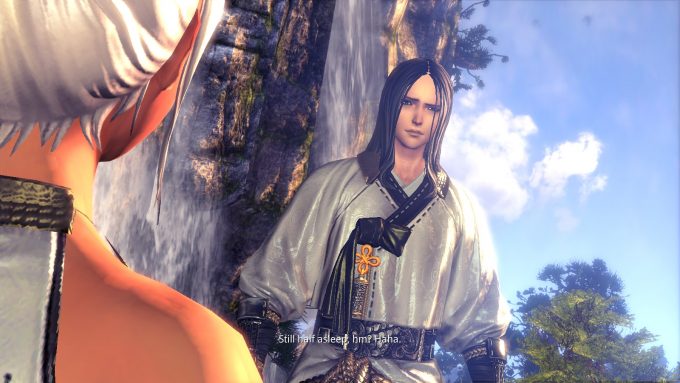 So I understand why some people are bothered by the relative lack of new MMOs being released these days. It’s not what we’re used to, and it gives us a lack of sexy newness to drool over.

The gaming community loves to focus on the negative, but when you really think about it, now is a great time to be an MMORPG player. Maybe the best time. There are games for (nearly) every taste. Most of the big names are stable and thriving. We’ve got quality and quantity. We’ve got everything we need.

We have enough MMOs.