The season finale for Westworld aired yesterday, delivering the jaw-dropping type of events one comes to expect from an HBO show. During the ten episode run, many parallels were drawn between the show’s universe and gaming. These parallels really screwed with my brain. I’d sit down for a session of Elder Scrolls Online and go beyond simple killing of NPCs for EXP to an existential meaning of those actions. At the risk of oversimplification, Westworld is about lifelike robots, how humans treat them as lifeless beings, and what defines life. I really enjoyed the season, so if you’re on the fence I do recommend watching it.  From here on out, there will be spoilers for Westworld season 1. If you want to avoid spoilers, bookmark this article and come back later. 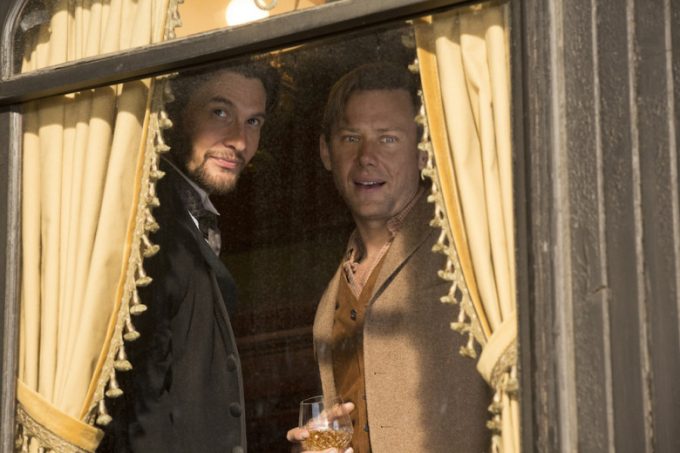 Throughout the series, Westworld is constantly referred to as a game. The players are ‘guests’, humans who pay to enter the park. The ‘hosts’ are robots who entertain the guests in whatever manner the guests see fit. From sex to murder to exploration, the hosts are presented as toys like those of a toddler’s: meant to be played with discarded at a whim. The only rule is that guests can’t harm one another. It’s like a sandbox game without any PvP.

What’s really cool compared to a video game or a virtual world is how lifelike the hosts act. In many ways, it’s also terrible. The guests seem able to ignore the hosts’ very human emotions because the entire park is presented as a game. Not surprisingly, guests mainly want to experience what people look for in video games. We’re talking about getting in large gunfights, becoming an outlaw, developing romantic relationships, going on adventures with crazy stories, etc. And like in video games, the characters and world reset on a constant basis. Killing an entire town appears to have as much of an effect as doing so in Skyrim then reloading one’s game. One minute, the townsfolk are dead. The next they’re all back to their usual routine. How real can a host be if it can’t truly die? It’s fair to argue that without death, there is no life.

The difference between video games and Westworld is huge though. I doubt the average guest can fathom the distinction, but as a show watcher we’re privy to the park’s inner workings. The hosts may reset frequently, but they were built to learn from past lives. Reveries allow access to previous interactions with guests. It’s like a set of complex scripts that independently tweak themselves based on previous usage. As these reveries build and build, the hosts grow more lifelike. Theoretically that would eventually make them indiscernible from real humans. This culminates in the season finale, where the original host named Dolores appears to discover consciousness. We’re led to believe that no longer do human programs control her actions. Instead, she has ascended to the autonomous being that Westworld’s two creators had envisioned. She has found her inner voice. 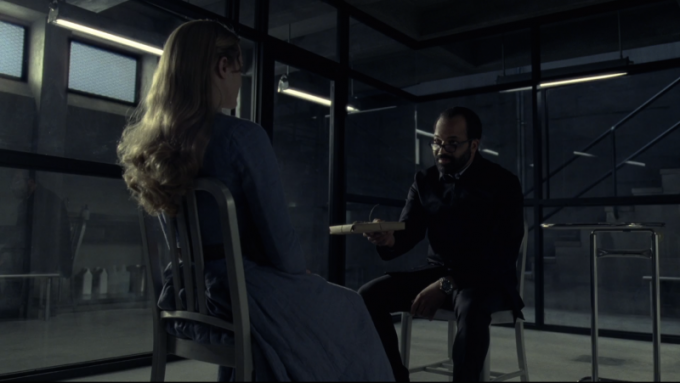 This all happens right before the retirement speech of Dr. Ford, the park’s sole living creator. Gathered around are investors, board members, and individuals who view the park from a dollar and cents angle. I’d argue they’re even less empathetic than the guests who shoot, rape, and torture the hosts on a daily basis. It’s easy to get sucked into the premise of nothing really counting. I know that in MMORPGs and other games, an AI’s display of emotions isn’t real. But what does that mean? I do something to hurt them and they cry or lash out in anger. Those are realistic reactions, but they’re all scripted. They aren’t actually feeling pain and measuring their response to act in kind. The lack of feeling and thought are key differences between games and Westworld.

Machine learning still has a long way to go until we get to a Westworld possibility. In Westworld’s universe, the peak of artificial intelligence is in the park. Board director Charlotte Hill makes that clear when she tells Theresa her real interest is in the IP. Meanwhile in 2016, gaming AI is years behind ‘real world’ applications. Google is close to delivering a self-driving car while the tactical AI in Civilization V can’t even threaten my centuries obsolete empire. If the robots rebel, like Dolores does in the season finale, it will first happen outside of a theme park. But this is fiction, she is the top AI, she does rebel, and I have a hard time determining how I should feel.

We spend hours watching people perform heinous acts that would repulse any moral human in another show. To reference another HBO program, this is some Joffrey level shit. And Joffrey hate is well founded. But this isn’t Game of Thrones. This is Westworld. Maybe it’s my reveries recalling fictional uprisings like Terminator’s Skynet, but I find myself siding with the guests. I’m concerned that contrary to Dolores’s belief that “there’s so much beauty in this world”, she will only act on the violent delights guests have indulged. That’s where the evidence is pointing. Her first act after ‘awakening’ was to open fire on Dr. Ford and a crowd of investors. Given her experiences, it’s understandable. We’re led to believe this is a fight for freedom or to develop their consciousness. But is this simply revenge or even worse, a learned response for what being alive is really all about? 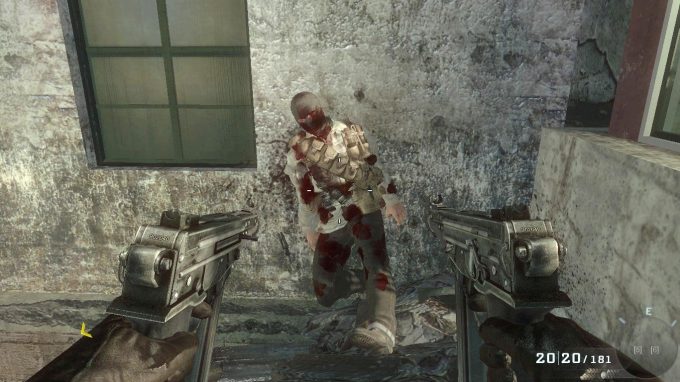 What if this guy could really feel your virtual bullets?

As a gamer, I have to question if death is what these people deserve. Don’t get me wrong – I empathize with the hosts. Living your life as a chew toy is a living hell. If hosts experience suffering how a living being would then that’s not cool. But how on earth is the average human supposed to tell? There is a very fine line between suffering and displaying the signs of suffering. Although it’s not entirely clear, it seems like the hosts’ suffering is real. The investors and board directors may all be aware of this and if so, it’s hard to feel sympathy for them. But I’m concerned for the average guest who thinks Westworld is a game where nothing is real.

We want realistic games and Westworld succeeds in delivering that in a big way. We want believable actions, dynamic worlds, and multilayered characters. These are the things that earn a title like Witcher 3 so many game of the year awards. There’s little reason to think people will ever want less realism out of their games (at least as far as a general trend). However, games always have win/lose conditions. It’s an important part of their very fabric.

The Man in Black astutely points out in the last episode that Westworld isn’t much of a game if the player can’t lose. In video games, losing usually means starting the level over. It’s a matter of a few minutes to get back to your pre-death life. At its worst, losing penalizes players with character deletion like in Diablo’s hardcore mode. Lose conditions are a huge part of game design. In sports or board games, the field resets after one side achieves victory. In all of these examples, the player has an opponent trying to inhibit their success. No such opponent exists in Westworld and the reason is clear. The only way the artificial opponents could win is by killing the human guests. I don’t think I need to tell you that would be bad for business.

Herein lies the problem with Westworld and why the co-creators, Arnold and Dr. Ford, are perhaps the ultimate villains. Westworld is too real to be a game. The entertainment isn’t a set of scripts but are apparently living beings unable to retaliate against their oppressors. That they’re inorganic is irrelevant. Or is it? That’s one of questions the show wants you to ask. What I want to ask is: is Westworld what you want to experience as a gamer? Realism can undoubtedly go too far in the name of entertainment. If virtual sex or killing is your thing, I have no doubt experiences in those fields will develop into pretty lifelike interactions. Maybe the stakes won’t be as high as Westworld and the responses won’t feel quite as organic. But at least there won’t be a need to harm sentient beings.