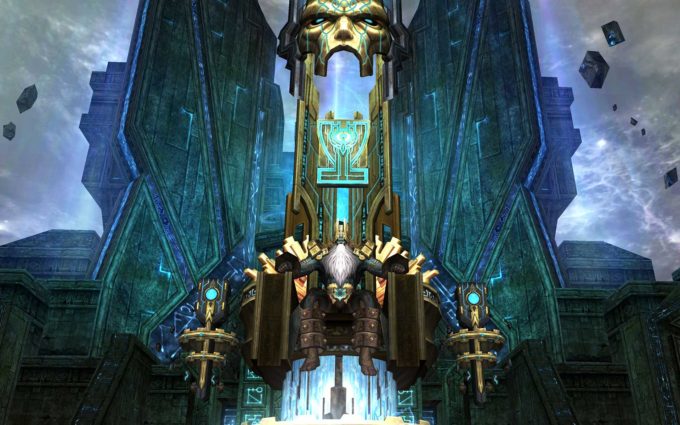 American and Korean made MMORPGs dominate the market, as demonstrated by an earlier infographic on Which Country Makes the Best MMOs. Yet their paths to prominence have led to unique deviations. It’s easy for nationalists to say one is better than the other, but that’s largely subjective. It’s clear though that developers from these countries exhibit very different design decisions.

What appeals to one audience may not appeal to another. In the context of two countries on opposite sides of the world, most of that appeal has to do with the culture itself. This Google translated page of top Korean MMOs tells a different story than does our list of top MMOs or MMORPG.com‘s ratings. Americans and Europeans seem to share similar opinions so I’ll be lumping the transatlantic partners into one “Western” group. The differences between Westerners and Koreans create talking points that can lead to some interesting conclusions.

The five Korean MMOs where we see the largest disparity are Lineage, Lineage II, Dungeon Fighter Online, Mabinogi, and Hero Online. Some of these aren’t even available in the West. It’s not that publishers haven’t tried porting them. They just haven’t succeeded. So what do these titles share in common? Not a lot, at least first glance. Lineage is a war-centric PvP MMO. Mabinogi is a free form, cooperative, life skills heavy MMORPG. Dungeon Fighter Online is a side scroller and Hero Online a fairly generic post World of Warcraft MMORPG. That’s not to say there aren’t commonalities though.

The easiest similarity to point out is that all of these Korean MMOs involve significant amounts of grinding. In the West, we typically think of grinding as killing creatures over and over to level up. While that’s one type of grinding, it’s not the only kind. Lineage is heavy with the creature grinding, but for Dungeon Fighter it’s running the same missions. Characters advance in Hero Online via kill quests and Mabinogi via using skills. Maxing out characters in all of these titles takes a long time (especially when counting rebirths). For Koreans that’s more gameplay. For Americans and Europeans, that’s more bland repetition. There’s more to these games than just advancement though. 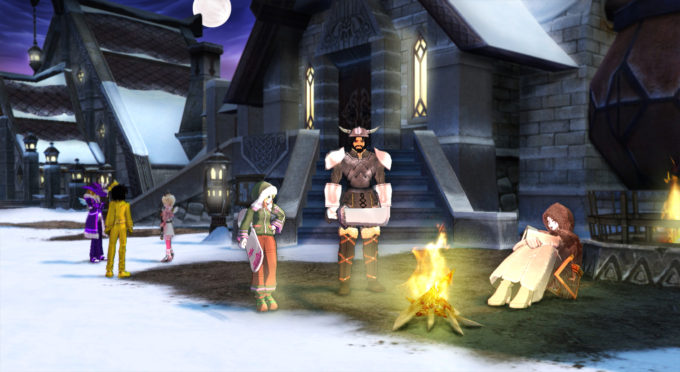 Pets are everywhere in Korea’s top MMOs. This has made it’s way over to the West but largely as more of a cosmetic addition. In Korea, pets are heavily integrated into the gameplay itself. Hell, in Lineage II you can ride a freaking wyvern into battle! Graphics obviously aren’t a big deal either. Most of these Korean MMORPGs didn’t look advanced on release so by today’s standards, ugly may be too generous. Mabinogi is the only visually impressive title with its artistic cel-shading. Conversely, Western audiences show difficulty not praising (or criticizing) a game’s appearance.

Where we see the most prominent differences between the two audiences though is in monetization. Mainly, Koreans seem unfazed by pay to win cash shops. Westerns froth at the mouth at the very mention. I would guess this stems from most of Korean gaming occurring in gaming cafes with an hourly rate. From that perspective, it makes a lot of sense. If every hour costs money, why not spend some extra cash to speed up advancement? It’s probably more cost efficient to pay the publisher than pay the gaming center. By contrast, Western play time is typically free so non p2w MMOs find more mainstream success.

Perhaps though, what is missing from this list of Korean MMOs is more telling than what can be found. Inspired questing is a huge component of successful MMORPGs in the West. World of Warcraft, Star Wars: The Old Republic, Elder Scrolls Online, Lord of the Rings Online, Rift, and Final Fantasy XIV are all successful MMORPGs. They’re also quest heavy games, but other titles have gained support with a sandbox approach. Eve Online, RuneScape, and ArcheAge are successful sandbox MMORPGs without a huge quest emphasis, so it’s not a prerequisite for success in the US. Interestingly, almost all of the best quest-driven MMORPGs come from well recognized IPs in the West. That leads me to two takeaways. One, themepark MMORPGs are better served by an existing IP. Two, sandbox MMORPGs might be the path to success for Korean MMOs.

That’s a number of differences between MMOs popular in the West vs. Korea. But what does it mean?

it means that us Westerns dislike grinding, or at least need to have it obfuscated. We’re more interested in the destination vs. the journey. Lengthy leveling hasn’t been in vogue here for over a decade. Reaching endgame seems to be all that anyone talks about. Meanwhile, lengthy leveling is still going strong in Korea. An affinity for pets in Korean MMOs speaks of a greater attachment to their avatars. A willingness to spend money to “win” or advance that avatar reinforces the idea.

Westerners also appear to be more brand loyal. The most well known MMORPGs here almost all result from some popular, preexisting IP. Branding plays its part in Korea too but is in a completely different league. It’s unclear whether Americans and Europeans love questing or if questing centric gameplay is the easiest path to delivering existing IPs to customers. My guess is that it’s a little bit of both.

It’s fun to see how different cultures view their virtual worlds when their physical worlds are separated by more than just miles.